Home / About us / History

The history of DOC Kaas goes back to 22 November 1895 when the Stoomzuivelfabriek Cooperative (steam dairy factory) was founded. The cooperative’s board bought two plots at Alteveerstraat in Hoogeveen and built a dairy factory there, which was put into use in 1896.

Originally, this factory only produced butter, buttermilk and skim milk. The butter was used for consumption, and the skim milk was returned to cattle breeders for use in animal feed. Over the years the factory was constantly renovated and expanded.

World War I did not leave the Stoomzuivelfabriek Cooperative untouched. Limits were placed on the export of butter and domestic distribution was regulated. In 1915, the Stoomzuivelfabriek started producing milk powder. The factory underwent a major renovation; new machines, a boiler house and a powder factory were added. Today’s well-known 46-metre-high chimney for the factory at Alteveerstraat was also constructed during this time. In that same year, the cooperative also started to experiment with the production of evaporated milk. 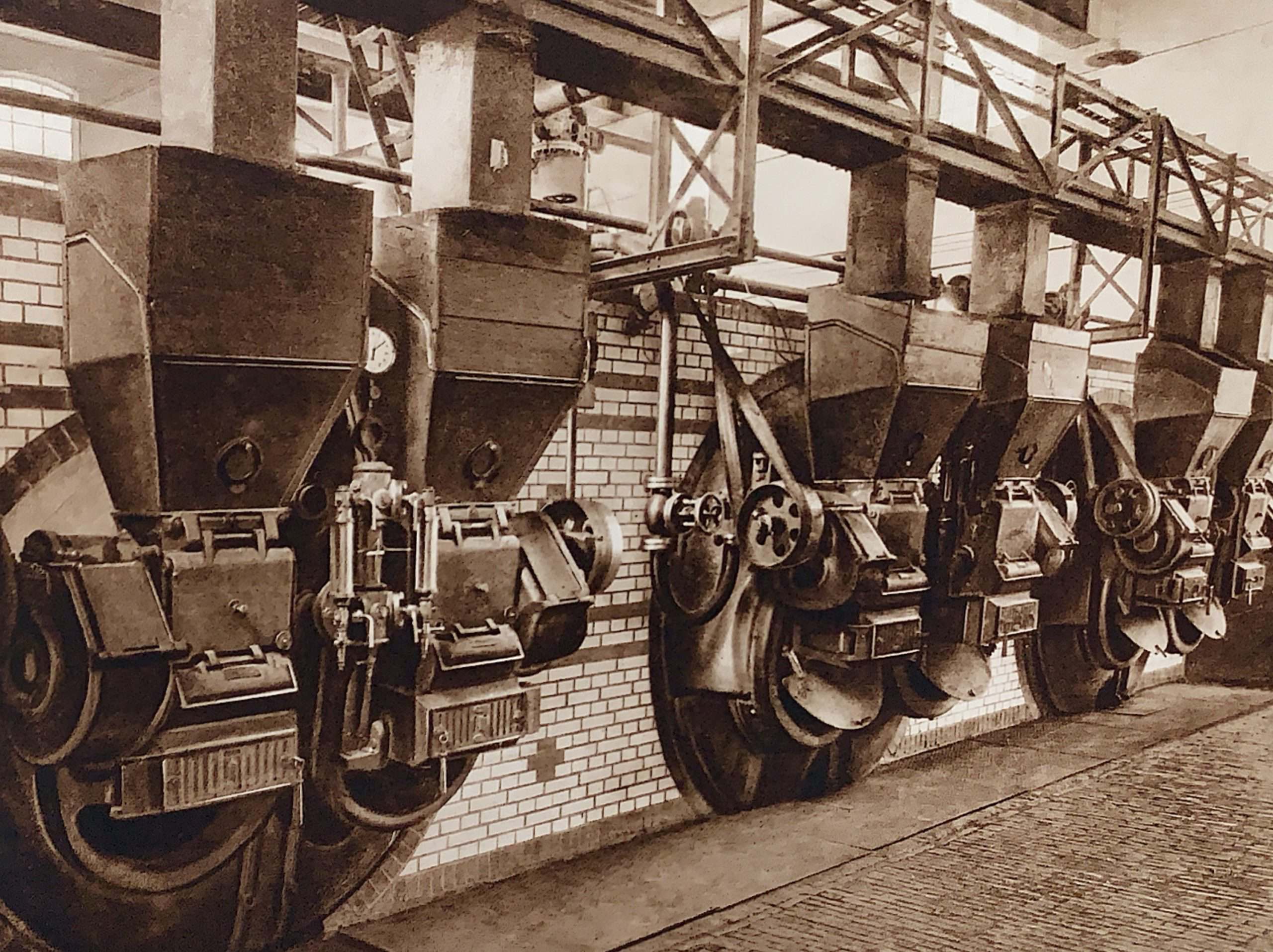 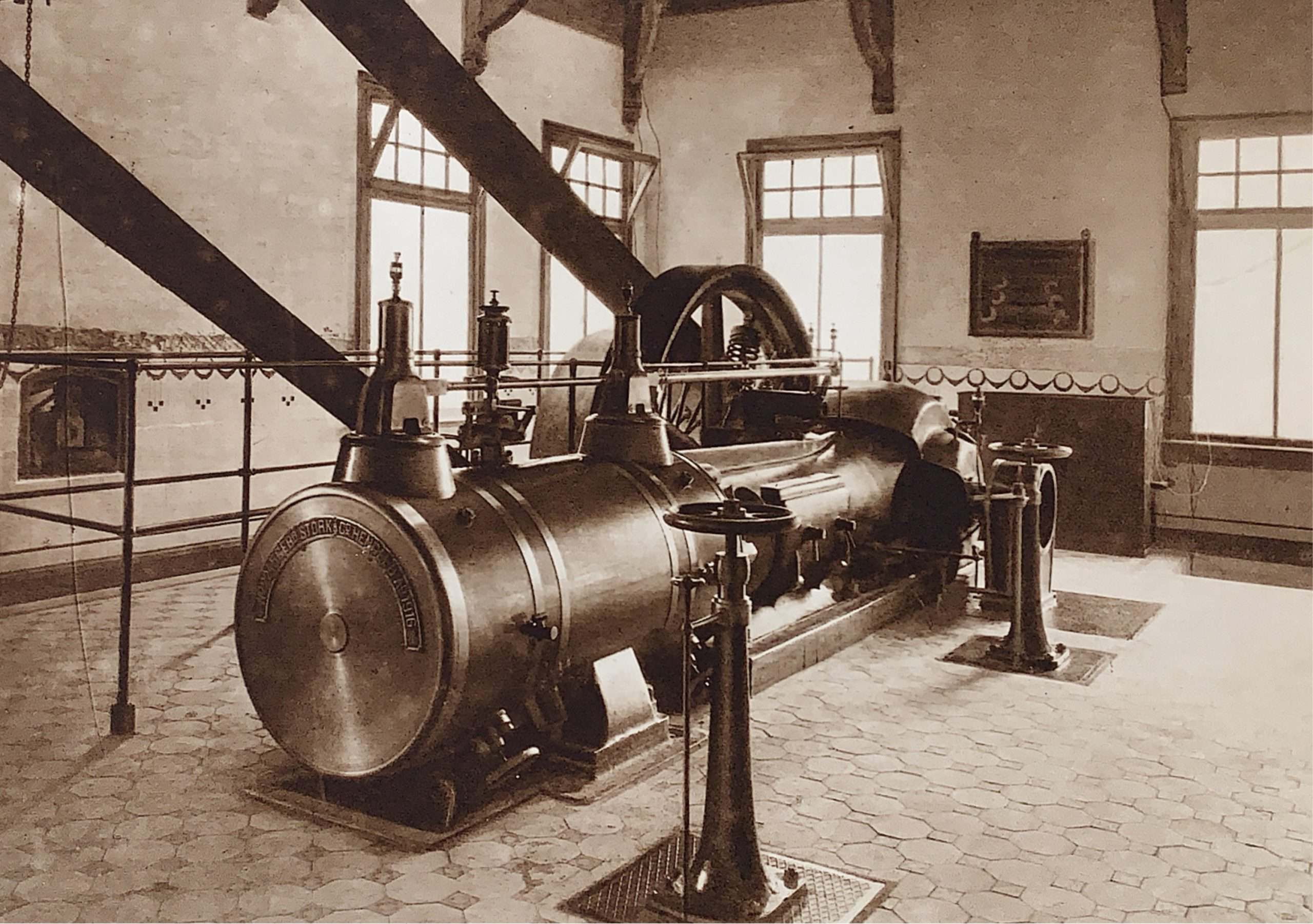 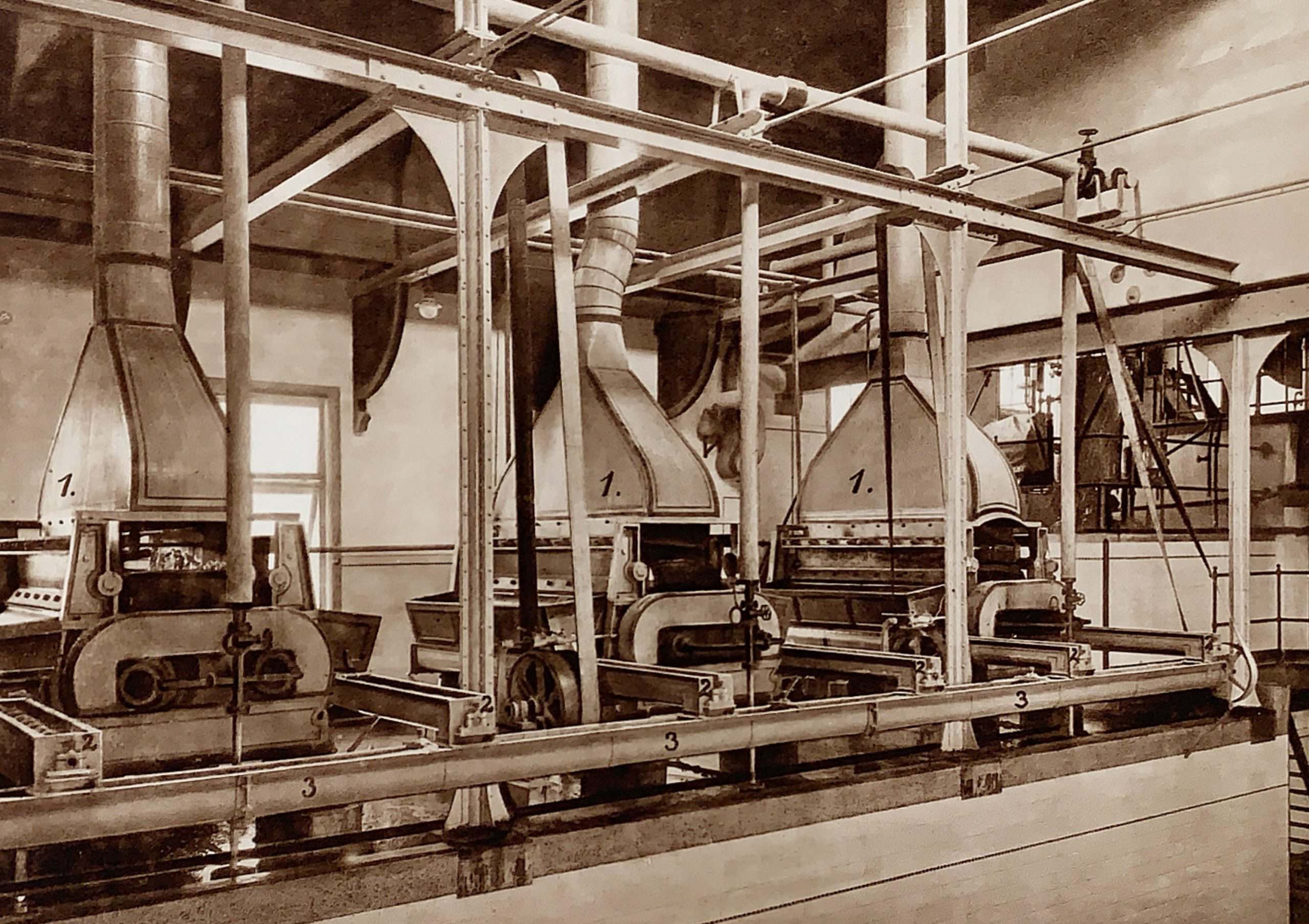 Until the end of the twenties, the outlook for the Stoomzuidelfabreik was rosy. Milk supply rose and members and suppliers received a good milk price.

After the stock market crash of 1929, the factory fell into dire straits. Key export countries increased their import duties. The factory’s personnel, including the manager at the time, were forced to accept a reduction in wages.

During World War II, the Stoomzuivelfabriek once again fell into dire straits. Butter, margarine and fats were rationed. At the end of 1941 farmers were obliged to deliver their cattle for slaughter, which caused the volume of milk supplied to the factory to decline sharply. Despite the difficulties caused by the occupation, the dairy factory continued to operate.

In the years following World War II, the Stoomzuivelfabriek in Hoogeveen made its contribution to the reconstruction effort. This was in part done by increasing production output and stimulating the supply of milk. At the end of the forties, export increased at a rapid rate. In 1950, the Hoogeveen Stoomzuivelfabriek Cooperative acquired the existing dairy factory ‘De Vooruitgang’ in the village of Slagharen in the Netherlands: a creamery, a small cheesemaking room and two milk can transport boats.

Starting in the fifties, milk transport by truck began to increase. A vehicle garage was built at the Stoomzuivelfabriek at Alteveerstraat. The continued industrialisation also affected the machine park. Primarily butter, sweetened and unsweetened evaporated milk, and whole and skimmed milk powder were produced in Hoogeveen at that time. In the middle of this decade, the energy installation at Alteveerstraat was extensively renovated (from coal to oil-fired installation) to continue to be able to process the constantly increasing volume of milk. The export of milk powder and evaporated milk in particular was of major importance for the Stoomzuivelfabriek during the fifties and sixties.

In 1962, the Stoomzuivelfabriek Cooperative combined forces with the Slagharen, Ruinen and Zuidwolde cooperatives. After all, a larger company had more chances of remaining viable in a strongly developing market. The name was changed to Coöperatie Melkverwerkingsvereniging Drents-Overijsselse Combinatie [Milk Processing Cooperative for (the provinces of) Drenthe and Overijssel] (DOC). That year 3,000 member dairy farmers supplied 80 million kilos of milk. The old cheese factory in the village of Ruinen was closed and in 1970 the construction of the second milk powder silo at Alteveerstraat was completed. 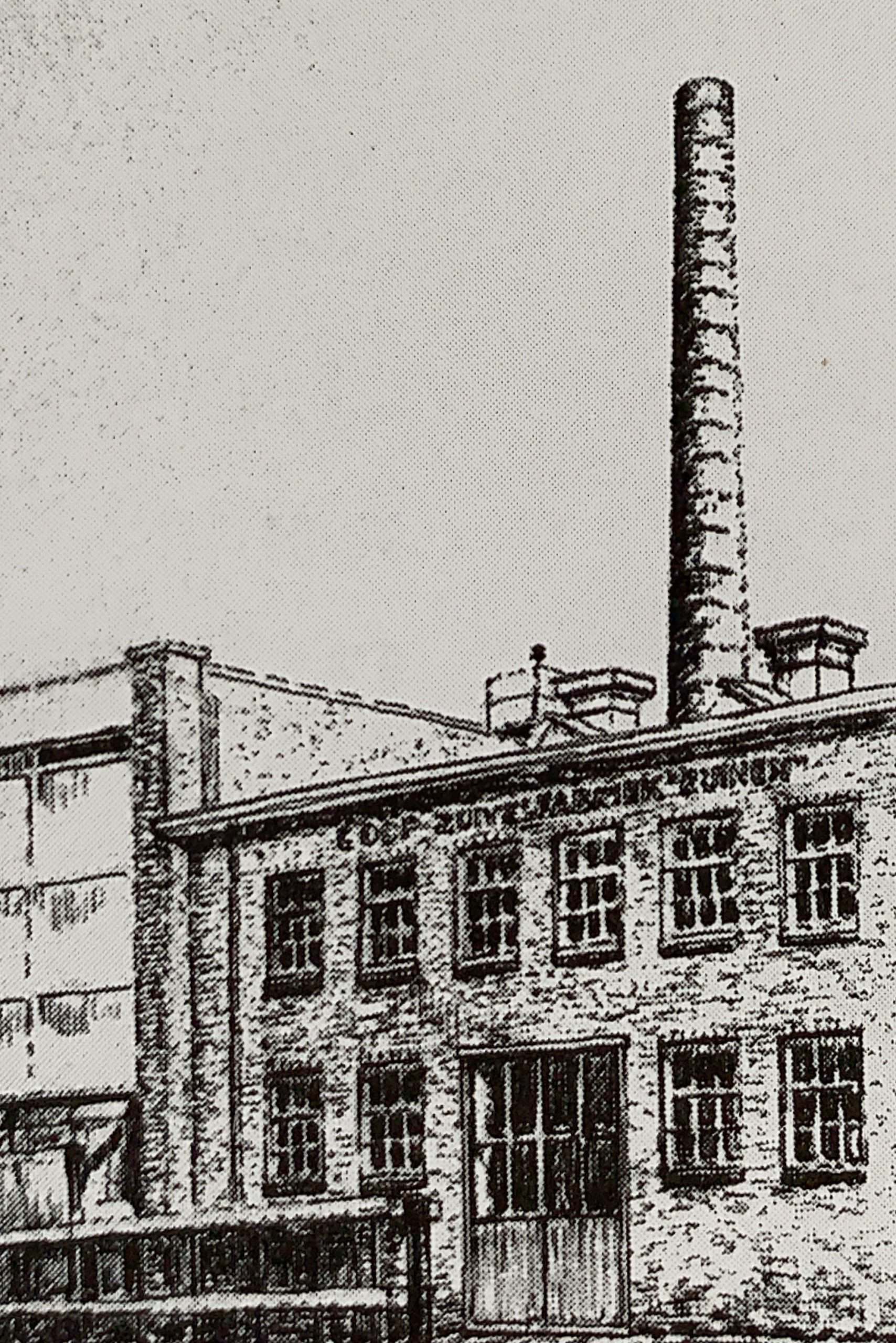 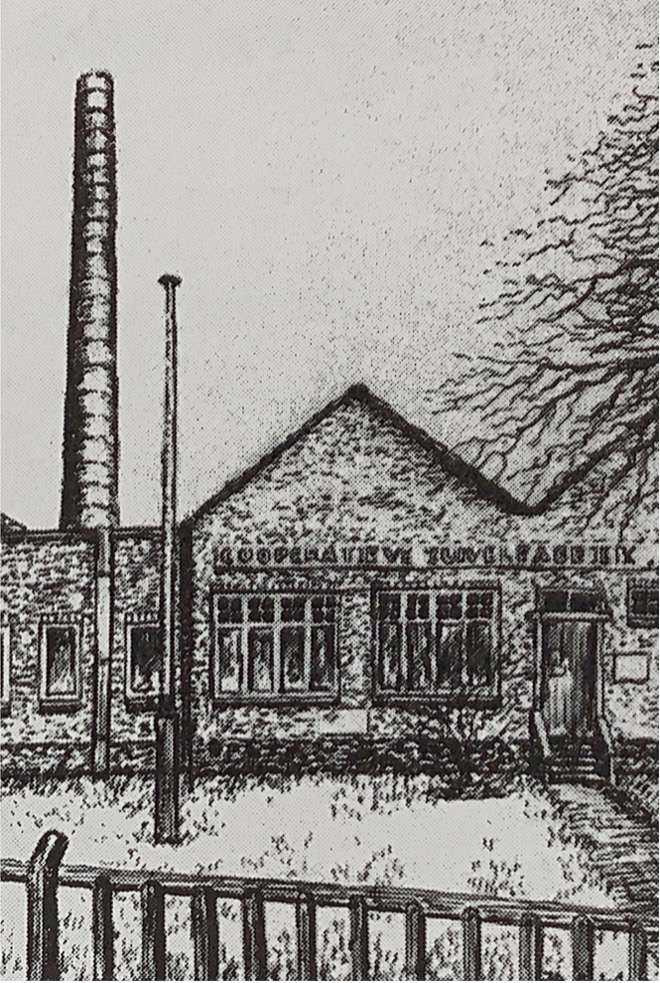 Start of the MRP era

At the beginning of the seventies, a second milk powder silo was put into use at Alteveerstraat in Hoogeveen. During this decade there was a transition from milk cans to milk tank trucks; the start of the Mobile Receiving Platform (MRP) era. This was not without a struggle – in 1978, in protest to this transition, DOC’s office in Hoogeveen was occupied by dozens of angry dairy farmers.

In 1987, a new cheese factory, located adjacent to the existing butter and powder factory in Hoogeveen, was put into use. With the closure of the factories in Slagharen and Zuidwolde, this was to result in a more efficient production process. To be able to work with a market focus, the factory had two production lines and a capacity of 250,000 kilos cheese per week.

In the nineties it was decided to terminate butter production, which is how it had all begun in Hoogeveen. From then on, production primarily focused on 15-kilo rectangular cheese blocks, naturally-ripened as well as foil. The round Edammer production line disappeared. A DOC logo was added to the packaging to clearly mark foil cheese, which is primarily destined for export. As a result the name was changed to DOC Kaas effective from 1 January 1995.

In 1996, the company celebrated 100 years of processing milk: from 1,100 litres daily in 1896 to 800,000 litres daily in 1996. It was a modern and growing company fashioned on the cooperative model, operating in a traditional Dutch market and that from the very outset specifically focused on export. 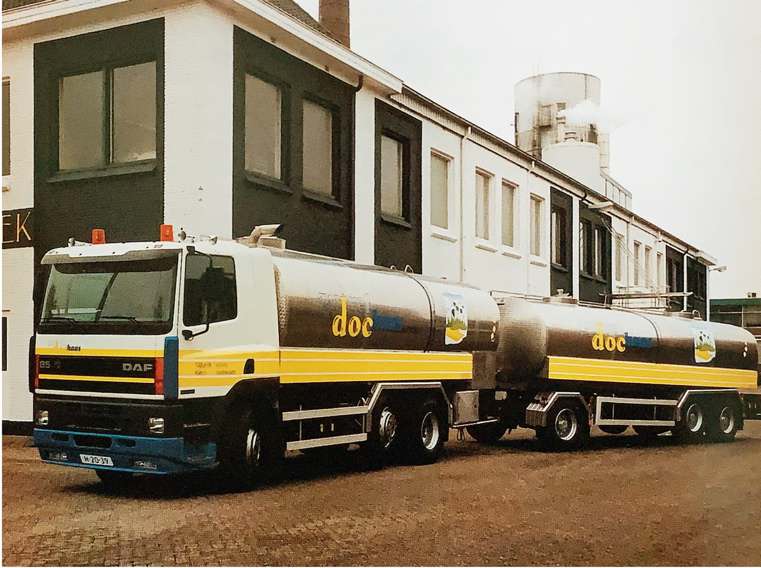 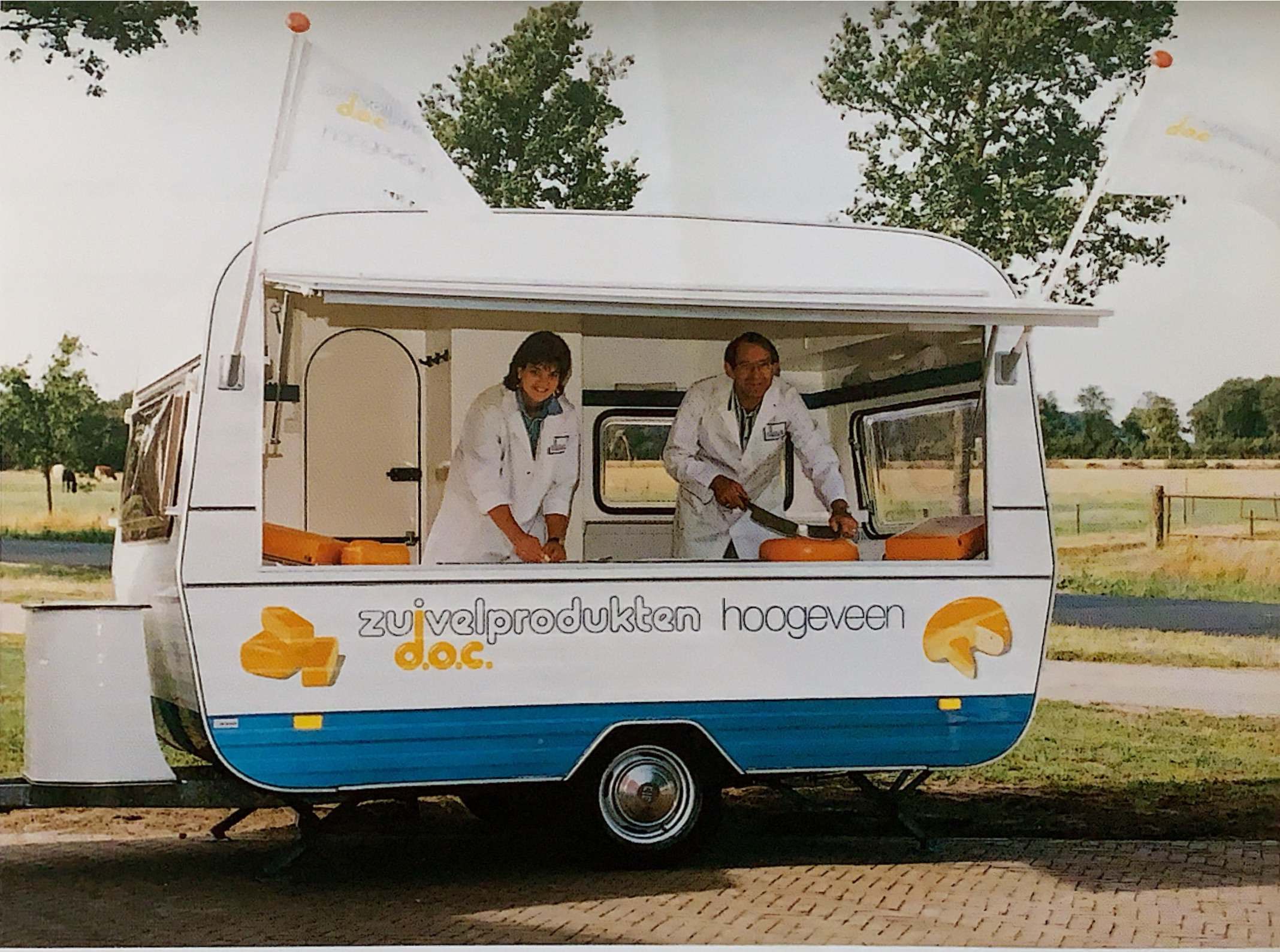 In 2003, DOC Kaas built a second production site in Hoogeveen at Zuivelpark in Buitenvaart industrial park. Expansion at the Alteveerstraat production site was no longer possible and the new production site allowed the company to continue to grow, whereby various activities were housed at a single location. The current wheyco factory was also built at Zuivelpark during this period. 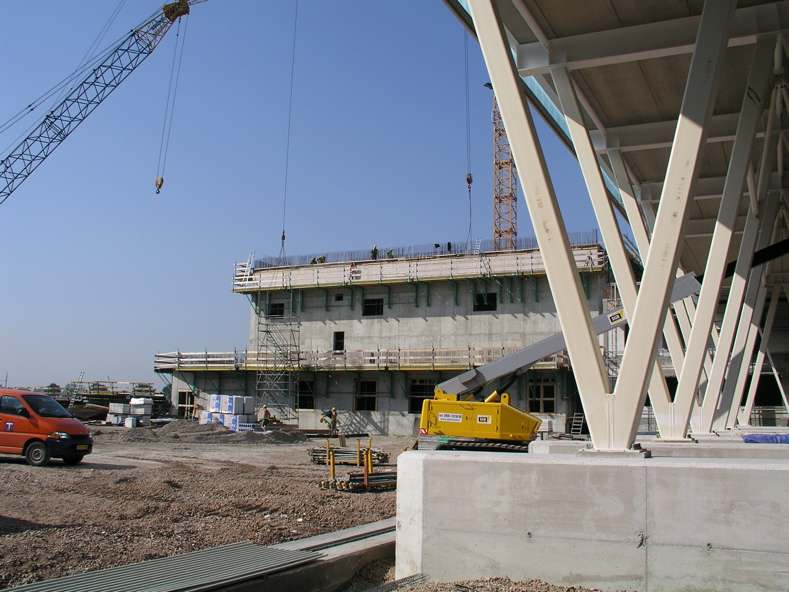 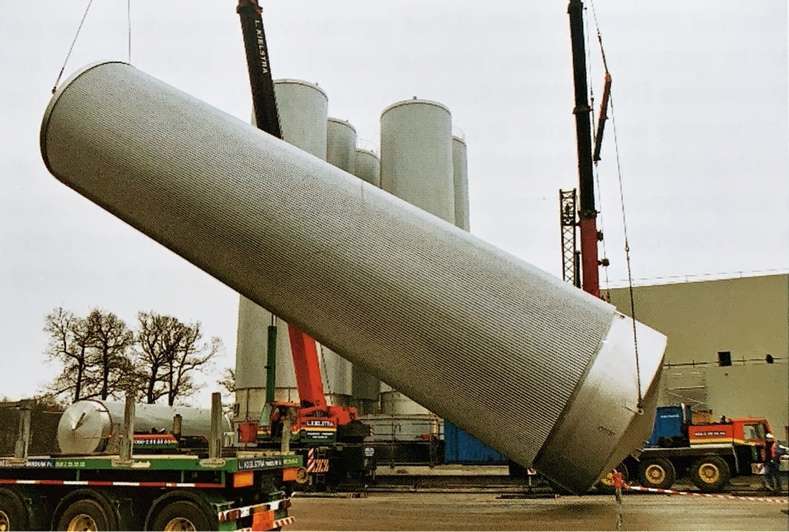 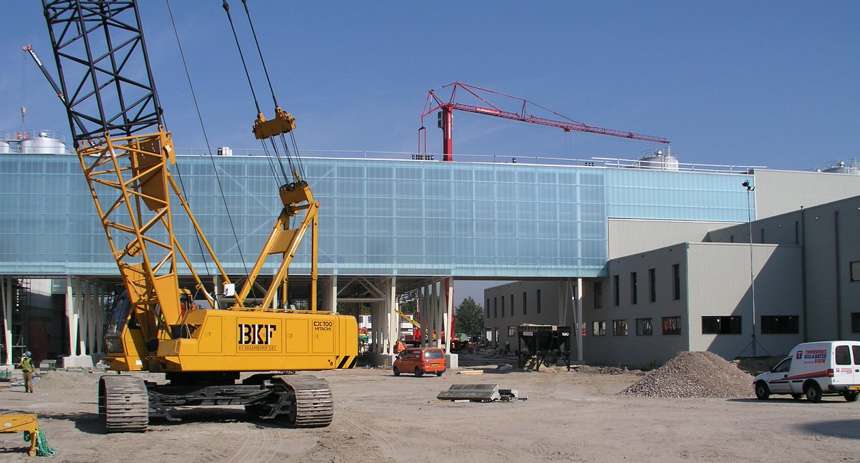 DOC Kaas was growing steadily and was one of the largest dairy cooperatives in the Netherlands. The natural cheese warehouse was completed in 2007, and Zuivelpark approached its completion. In 2008, the warehouse for foil cheese and the offices were put into use.

In line with its strategy of becoming a full-service player on the cheese market, DOC Kaas entered into various partnerships. In 2012, DOC Kaas acquired full ownership of CheesePartners Holland and in 2013, together with Vergeer Holland, the company acquired Kraats Kaas, which continued to operate independently on the market. In the meantime, significant investments were made in expanding the production capacity of the factory at Zuivelpark. 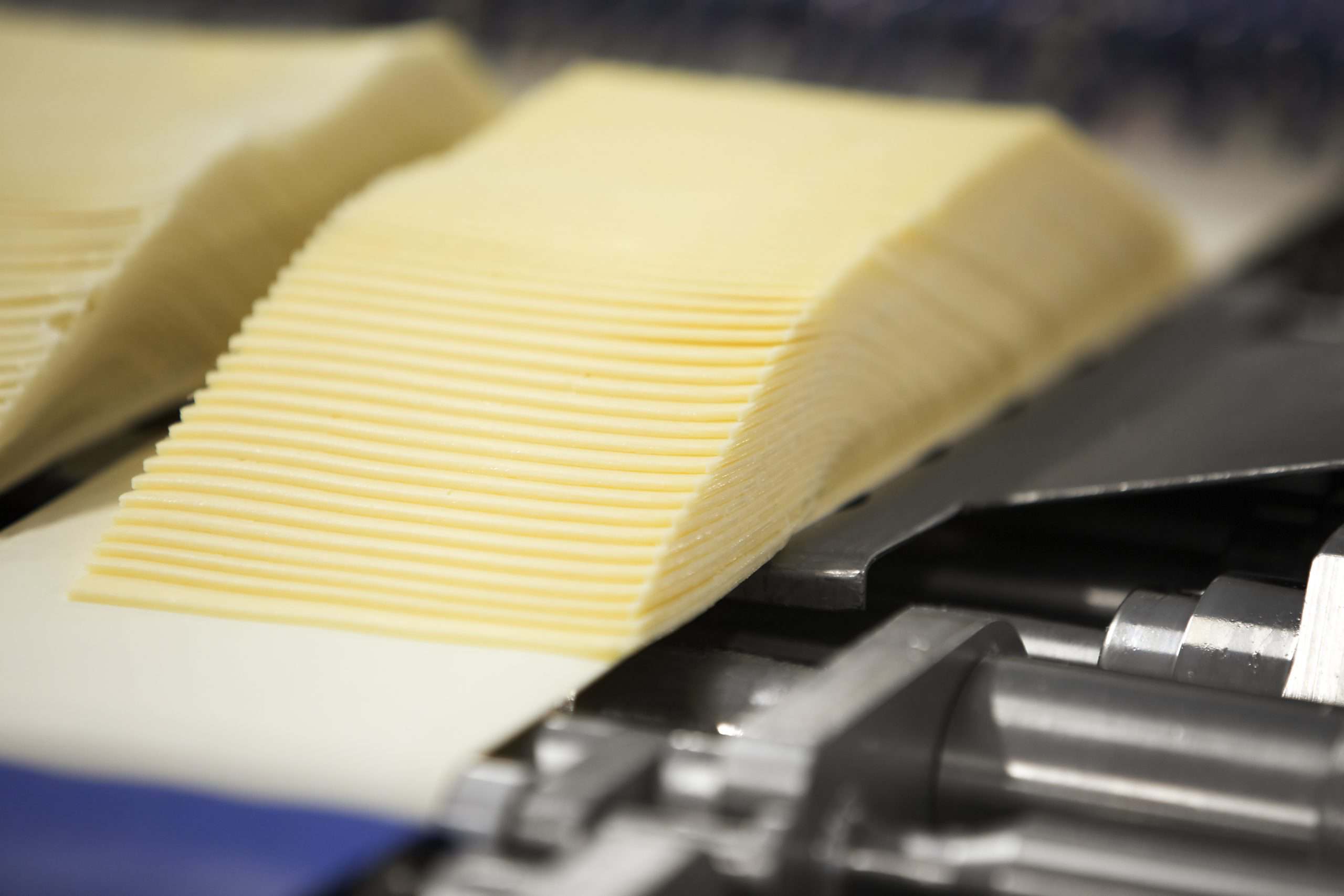 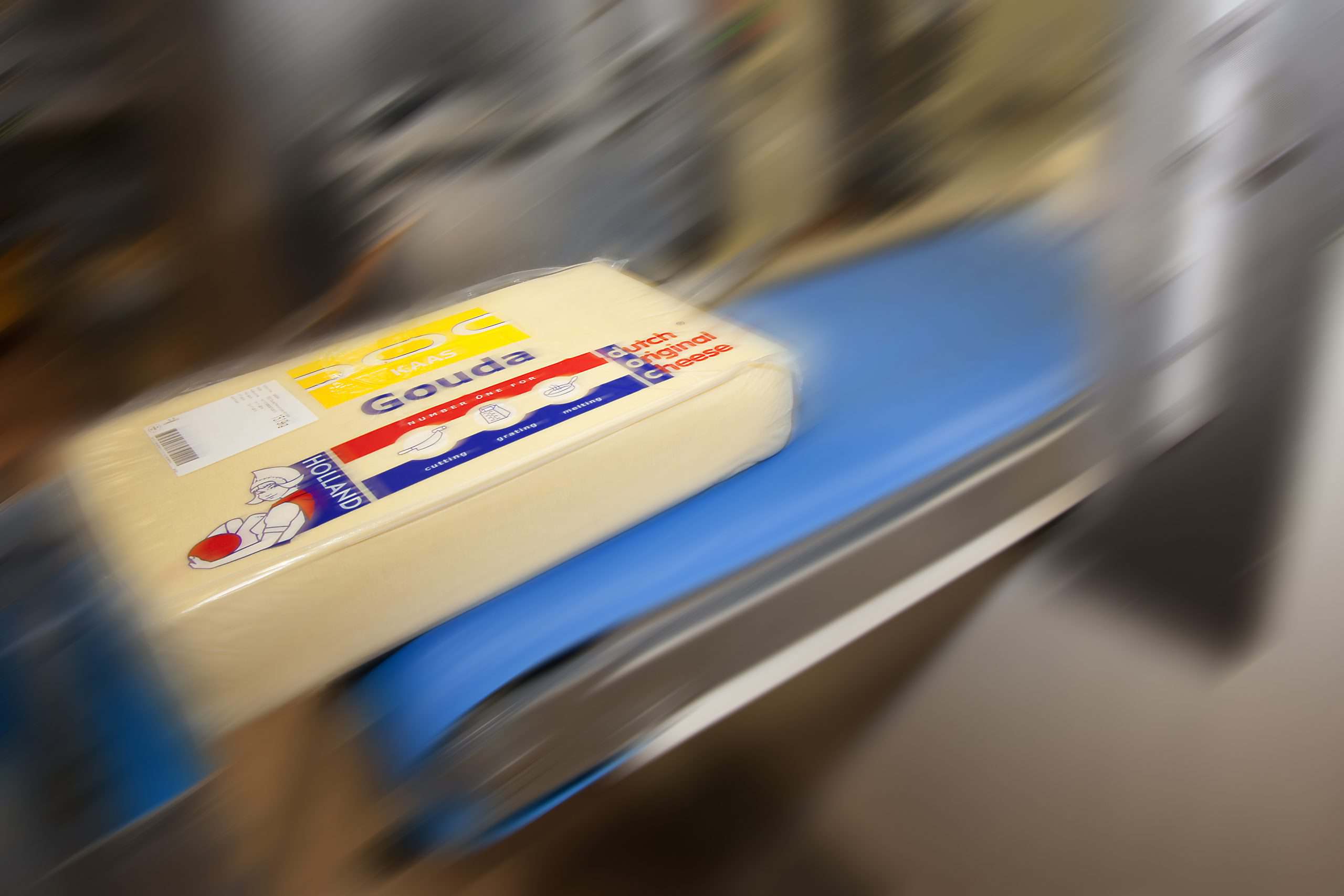 The DMK Group acquired the Uniekaas brand in July 2017. This is the oldest cheese brand in the Netherlands. This includes the ripening, packaging and production facilities in Kaatsheuvel. A new Uniekaas logo was developed and packaging was freshened up and made sustainable. In addition, a new product portfolio was created together with a new recipe. The clean label (no aromatic substances, colouring agents and flavourings) was maintained. In 2018, the umbrella brand, the ‘Alteveer, alle goeds uit Drenthe’ trade mark was introduced.

Read more about our family